Essay on Knowledge is Power 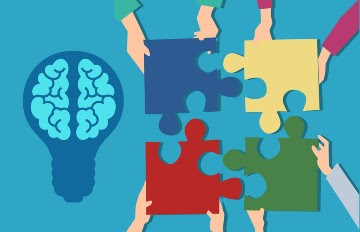 Knowledge is the exclusive preserve of the learned and the wise. They are thus able to use this very effectively for acquiring power for themselves or for helping others stay in power. This is so, for with knowledge comes wisdom, that is the domain of only a few. Lord Tennyson was thus right, when he said, "Knowledge comes but wisdom lingers".

Not only does knowledge make one wise, but it also makes one more articulate, humane and modest. Such people are able to explain their point of view very convincingly and dynamically, that attracting a huge following.
They have the knack of sensing people's nerves and use their material skills to elicit the desired response from them. We have in this class the politicians and leaden of today, who owe their power to this art of knowledge. However, for the people with a literary or religious bent of mind, knowledge makes them modest and humane.
They are thus able to rise above the ordinary, being the enlightened class or the intelligentsia to whom the ordinary people look up to. The saints, sages and learned men come in this class, around whom the society revolves. With knowledge comes to respect and consequently power.
Such people are able to command the respect of the masses and even the government of the day looks unto them for their advice in solving contentious and tricky issues. It is because of this we find such people occupying positions of power, either in the bureaucracy or in the government.

This has been happening from times immemorial. The Rajas and the Emperors who ruled the country had a group of ministers or courtiers. It is through them that they wielded their power on their subjects. These people were recognized stalwarts in their respective fields. They also had Rojgurus and Purohits, who advised them on religious and other delicate matters of the state. Such People were thus able to wield phenomenal power on the strength of their knowledge.

The new millennium has seen the emergence of a revolution in the field of Information Technology. This is basically a field that thrives on ideas and knowledge, which command a premium. We, therefore, find people with exclusive knowledge and technologies becoming more and resourceful and powerful. The legendary example of Bill Gates, the chief architect of Microsoft is there before us, who has the mighty governments across the world clamouring for his attention.

There is no denying the fact that knowledge is power and this cot Which makes one reason the pros and the cons before making a decision. and confute nor to believe and take for granted, nor to find talk and discourse, but to weigh and of knowledge. He is thus able to command power, for his actions are justified and supported with reasoning. Therein lies the essence of his power.
Also read:- Essay on How I spent my time during lockdown
Also read:-  balance is beneficial essay
Also read:- cleanliness is next to Godliness

Also read:- Your Future Depends On Your Aspirations