Skip to content
Hello, guys welcome back to Essay on fest today in this blog I am going to talk about simple essay on Republic Day. 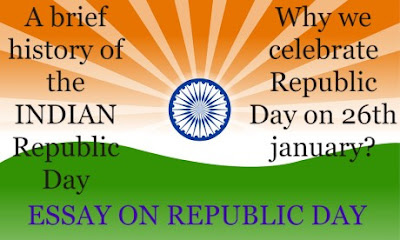 this braid is done by the Indian Army to see the parade people come in the number of millions after the parade all the state of the country exhibiting their own culture and tradition like 15th August this day is also take up that tricolor flag in that schools and government offices children have different enthusiasm on this day.
they get ready quickly and get to the school on this day sweets and toffee are distributed to the children in primary schools.

On this day there is competition for essay writing and speech in all schools all students participate in this competition children participate in more than one contest the students who perform the best are given a reward on 26th January we celebrate with great fanfare because on this day the Constitution of India come in force on January 26, 1950. 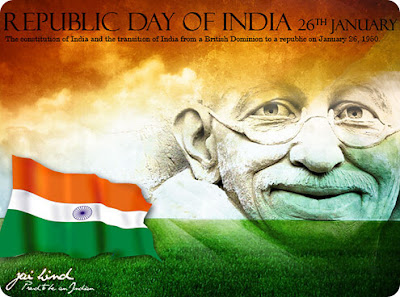 A brief history of the Republic Day Parade

But the events unfolding in later years gave us August 15th as the Indian independence day while January 26, 1950, became Republic Day marks the day the Indian Constitution came into effect

Even as the struggle for independence raged on in India the British were reeling from the aftermath of World War two which came to an end in 1945 when the Labour Party came to power in 1945 in a financially drained Britain talks of granting independence to British colonies including India grew louder.

In 1947 Lord Mountbatten took over as the last Viceroy of India intending to oversee the transfer of power planned by the British Parliament by June 30th, 1948 but with communal tensions and acts of violence rising in the country Mountbatten decided to expedite the process and chose August 15, 1947, instead at that time Mountbatten claimed that by advancing the day.

He was ensuring that there will be no bloodshed or riot he was, of course, to be proven wrong although later he tried to justify this by saying wherever colonial rule has ended there has been bloodshed that is the price you pay.

The Indian independence bill was introduced in the British House of Commons on July 4th, 1947 and within the fortnight it was passed the bill called for the end of British rule in India and the creation of two separate nations India and Pakistan
which would no longer be part of the British Commonwealth Mountbatten later claimed as quoted in freedom at midnight that the day they chose came out of the blue I chose it and reply to a question I was determined to show I was the master of the whole event when they asked had we set a date I knew it had to be soon I hadn’t worked it out exactly then I thought it was about August or September and ident went out to the 15th august. why? because it was the second anniversary of Japan’s surrender.

A little trivia before we go on during World War two Japan had surrendered on August 15, 1945, to the Allies and by September 4, 1945, Mountbatten the then supreme Allied commander of Southeast Asia had signed off on the formal Japanese surrender of Singapore.

The Indian independence bill signs off on August 15th as the date of Independence for both India and Pakistan in his first address to Pakistan Jinnah said August 15th is the birthday of the independent and sovereign state of Pakistan it marks the fulfillment of the destiny of the Muslim nation which made create sacrifices in the past few years to have its homeland but by 1948 Pakistan was celebrating August 14 as the Independence Day marking the day the transfer of power to place.

On 26 November 1949, the Constitution of India was adopted completing India’s transition from a Dominion to a republic but it was on 26 January 1950 that the Constitution came into effect and the day was declared as the Republic Day

this was done to commemorate the PURNA SWARAJ resolution proclaimed by the Indian National Congress 20 years ago on the same date the first Republic Day ceremony held in the Durbar Hall of Rashtrapati Bhavan gave India its first president Dr. Rajendra Prasad and the 31 gun salute that followed announced the birth of the Indian Republic

In the coach drawn by six pass the streets of Delhi to reach over nine for eating with 3,000 officers of the Armed Forces robbed more than 200 while the celebrations for the day take place from 1950 to 1954 in different parts of Delhi, it was in 1955 that the format of the current parade was adopted in Raj birth was chosen as the permanent venue from then on Republic Day parades have become a projection of the cultural heritage military capabilities and achievements of the nation

them the mid-seventies then White’s became more diverse countries from Africa and Latin America was seen on the guest list this trend continued till late 2000s with a lot of Western countries finding representation on Republic Day from 2010 countries from East Asia have been preferred in the wake of act East policy this year India has invited the Heads of Government of all 10 ASEAN nations.
it’s been suggested that Republic day parades  are largely a communist tradition, and besides India observed by only a handful of countries this elaborate show of power is also a large-scale waste of resources according to an RTI query in 2014 RS 320 CR was spent that year on the Republic Day Parade alone

All-women contingents of the Armed Forces to the participation of foreign condensed the republic public day parades through the years tell the story of India’s development.

thank you soo much for reading if you like this blog then don’t forget to comment and share this information with your friends and family, god bless you all.