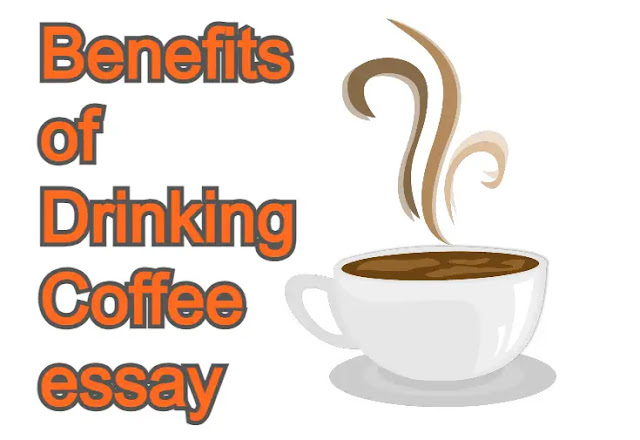 Coffee has been admired and mocked for centuries. Some people use dark roast coffee to start their day, while others drink coffee to get rid of tiredness. Coffee has officially overtaken every other beverage. Your daily cup of coffee may be doing more than a boost of energy. Coffee has plenty of benefits for your skin and overall health if consumed moderately. Coffee is naturally packed with an ingredient called caffeine. A rapidly growing number of studies are demonstrating the benefits of coffee. Coffee definitely goes far beyond the simple enjoyment.

The various benefits of the coffee that you should know

Short-term Memory Boost:- According to studies, drinking coffee gives you a short-term memory boost. In a survey, there was a surge in the brain activity of the volunteers after drinking coffee. The experts in the survey observed that the memory skills and reaction time of the volunteers were enhanced as compared to those who were not caffeinated. Caffeine affects the specific area of your brain which is responsible for memory and concentration. However, it is not clear for how long it lasts.

Coffee is Good for Skin:- Coffee can give you glowing skin. The antioxidants present in the coffee fight the sign of aging. Antioxidants also fight free-radicals which in turn contributes to giving you glowing skin. Other than drinking, you can make coffee scrub for your face. It will give your skin smooth and glowing skin. It also helps to fight acne and gives you clear skin.

Prevent Some types of Cancers:- According to research, men who drink coffee are at lower risk of developing prostate cancer. In another study, drinking four to five cups of coffee regularly can decrease the risk of endometrial cancer in women. Researchers have also discovered links between regular coffee drinking and lower rates of liver, colon, breast, and rectal cancers.

Coffee is Good for your Heart:- According to a landmark dutch study which was conducted for over thirteen years, found that people who drink two to four cups of coffee daily had a 20% lower risk of developing heart disease as compared to light-coffee drinkers or non-coffee drinkers. This fact is backed by some studies that coffee may support heart health by protecting against arterial damage which is caused by inflammation.

Coffee is Good for Your Liver:- Coffee consumption is linked to a lower incidence of cirrhosis, especially alcoholic cirrhosis. According to research, there is an inverse relationship between increased coffee consumption and decreased risk of cirrhosis. Drinking coffee is also linked to blood levels of liver enzymes. Increased levels of liver enzymes typically reflect inflammation and damage to the liver. The more coffee you drink, the lower the level of enzymes will be.

Helps in  Weight Management:- Black coffee is effective in weight management provided you don't add sugars and other additives to your coffee. Drinking low-calorie coffee can help you lose weight effectively. Only make sure that you go for the basic black coffee rather than swallowing down cups loaded with sugar and cream.

Coffee Fights Free-radicals:- Your body produces free-radicals when it converts specific foods into energy These chemicals can destroy the body cells and give origin to different diseases and ailments. Both tea and coffee help to deliver antioxidants that help combat these free radicals.

A Rich Source of Antioxidants:-  Coffee beans are packed with essential antioxidants. Coffee has higher antioxidants than green tea and cocoa. These two are super-rich in antioxidants. According to studies, around 1000 antioxidants are in unprocessed coffee. In addition to that, hundreds more develop during the process of roasting. Coffee is giving you numerous benefits even in different forms. These antioxidants are effective in fighting inflammation, which is an underlying cause of chronic conditions like Arthritis and many types of cancers. Antioxidants keep us well at the micro-level by defending our cells from harm. The most important antioxidant in coffee is chlorogenic acid. It is exclusively found in the coffee. It may prevent you from developing cardiovascular disease.

It may Protect you Against Cognitive decline:- As caffeine gives you a short-term memory boost, it is also effective in protecting you against cognitive decline. It is associated with Alzheimer's disease. According to research, consuming three to five cups of coffee daily in mid-life can reduce the risk of developing Alzheimer's and dementia in later life. According to theories, caffeine is effective to prevent the build-up of beta-amyloid plaque. It may contribute to the progression of Alzheimer's. According to research, drinking coffee may also decrease the risk of developing type-2 diabetes and dementia.

Coffee can Boost your exercise:-  We tend to believe that caffeine is dehydrating. However, according to studies, caffeine consumption does not dehydrate people enough to interrupt their workouts. In addition to that, coffee helps to fight fatigue, which allows you to workout longer. The element caffeine present in the coffee is known to enhance your performance. It strengthens your muscle contraction, decreases the exerciser’s thought of pain, and improves fatty acids in the blood, which boosts endurance.

Coffee Curbs Depression:- According to multiple studies, drinking coffee lowers the rate of cubs depression both in men and women. In some research, the data proposed an inverse relationship between coffee consumption and depression. In other words, heavy coffee drinkers showed to have the lowest risk of depression. Experts are not yet sure how coffee seems to curb depression, but it is known that caffeine stimulates neurotransmitters that regulate mood, including dopamine and serotonin.

Coffee Protects you Against Gout:- According to studies conducted independently for men and women, propose that drinking coffee daily reduces the risk of developing gout. The advantage was associated with both regular and decaf consumption. Women who drank more than four cups of normal coffee daily had a 57 percent reduced risk of gout. Gout risk diminished 22 percent in women who took between one and three cups daily. One cup of coffee per day was linked with a 23 percent decreased risk of gout when matched to the women who didn’t drink coffee at all.

Coffee might cause obsession and lack of sleep, it can be helpful depending on how much we utilize daily because coffee has been shown to neutralize fatigue and restore decreasing performance and lower the risks of getting Parkinson’s disease, diabetes, and prevent Alzheimer’s disease.

Also read:- Cause and Effects of the Popularity of Fast Food Restaurants